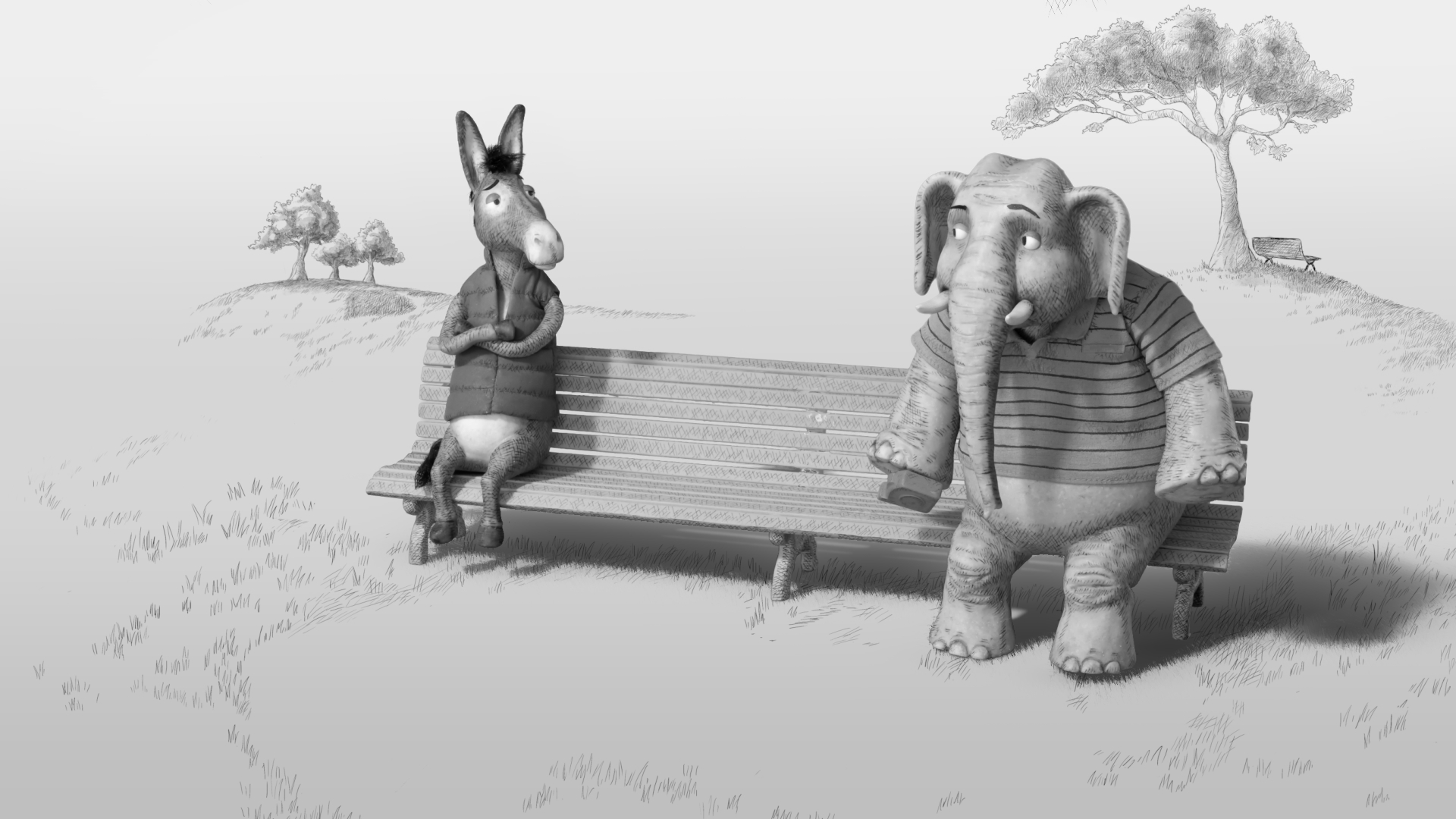 With a little give and take, we can all fit on the same bench.

Early in 2020, CNN wanted to position itself as a news source for all Americans. Inspired by 19th-century political cartoon imagery, we ideated a campaign using stop-motion animation of a donkey and an elephant to show how they can still get along despite their ideological differences. In the spirit of Statler and Waldorf (the cantankerous yet somehow simpatico pair from The Muppet Show), we imagined the donkey and elephant as longtime pals who, at the end of the day, can laugh together over their disagreements. The first spot we made, “6 Feet Apart,” shows two polarized individuals making room for each other on one bench, playing into the literal and figurative distances that now separate us all.